Scent has played an important role in Chinese culture for centuries. China has a rich heritage as a spice exporter and aromas have been used in various forms as medicines, offerings or time keepers, in religious or ceremonial occasions and as an important component of artistic and cultural rituals and practices. 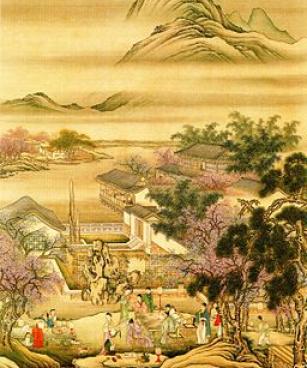 Floral and plant aromas were associated with specific personalities. In Taoist beliefs, the extraction of a plant's fragrance was thought to liberate the plant's soul. The transformation of solid incense into scented vapours mirrored the transmutation from the physical or mortal state to a spiritual level or Tao.

Traditionally there was little distinction between incense, perfume, herbs or spices. The Chinese believed "every perfume is a medicine" and that a deep connection existed between an aroma and the status of the mind and body. The word "Heang" was ascribed to a perfume, incense or fragrance. "Heang" has 6 classifications according to the mood it creates: tranquil, reclusive, luxurious, beautiful, refined or noble.

Shen Hung or Emperor of the Five Grains, is considered the father of Traditional Chinese Medicine. His works on identifying and grading herbs were compiled into the first Chinese pharmacopoeia- Pen Ts'ao Ching or "Divine Farmer's Herb-Root Classic". The directory covers 365 herbs and appears to have incorporated aromatherapy attributes of the herbs into traditional herbal practices. 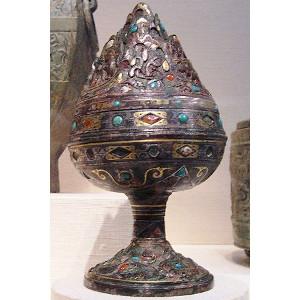 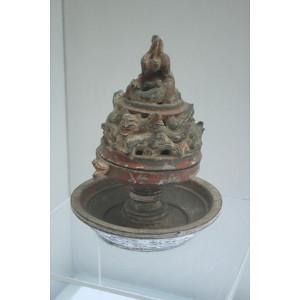 The use of incense in Chinese cultural life has its origins in the beginnings of civilisation. It has played a vital role in religion and ceremony, intellectual and literary life for centuries. The Japanese art of incense; "koh-do" or "way of incense", was actually introduced to Japan by Buddhist monks from China. Incense was not only used to show reverence for deities, respect for ancestors or for purification but became a very highly evolved artistic form.

During the Han dynasty (206BC-AD220) spices such as cinnamon, clove, cassia and star anise were widely used as ingredients for incense among the aristocracy.

The classic text of mythic geography and Chinese mythology, "Classic of Mountains and Seas" written during this time, describes how tonka beans were worn to treat skin ailments.

The etiquette book, "Han Palace Code" mentions how ministers were required to make their court dress fragrant with incense before being allowed to have an audience with the Emperor.

The Tang dynasty (AD 618-907) saw the art of incense gaining momentum among the nobility. Ornamental thuribles were developed to burn incense and perfumed sachets of wood chips and aromatic herbs were either used ornamentally or tucked in sleeves for fragrancing.

Aesthetics and the literary arts reached their peak during the Song dynasty (AD 960-1279). Burning incense was incredibly popular in cultural circles and developed into a highly artistic form, providing inspiration for many artists, writers and musicians.

Incense clocks appeared in China during the Song dynasty and were used to tell the time by the burning of aromatics such as sandalwood, clove, cinnamon, camphor or agarwood, eventually spreading to other neighbouring countries like Japan. The clock body was designed to hold incense sticks or powdered incense that had been made and calibrated to a known rate of combustion, thus measuring time in minutes, hours or days. Bells or gongs could also be used to act as strikers. 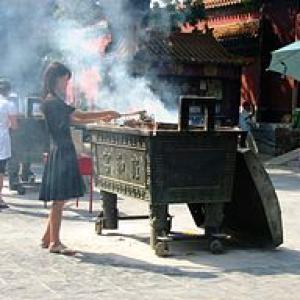 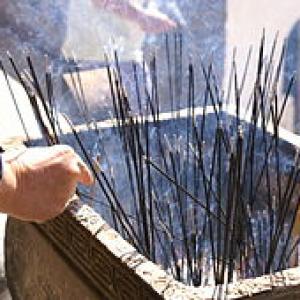 From the Song to the Ming dynasties, incense was combined with Zen philosophy to become part of the practice of meditation. It then developed over subsequent dynasties and its use was gradually adopted by the bulk of the civilian population.

The practice and rituals of incense were largely abandoned during China's Cultural Revolution era. In more recent times, however, it is now increasing in popularity.

People are tapping into the legacy of their history and learning to appreciate the art of incense, using it to cope with the stressors of life, just as their ancestors once did. 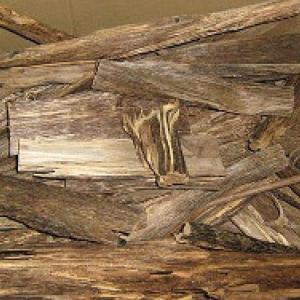 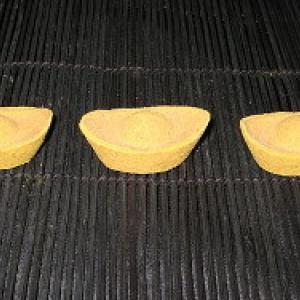 Burning incense is believed to have health benefits and part of the application of Traditional Chinese Medicine (TCM) thought. People burn incense as an antiseptic or for its calming, relaxing or focusing properties. Ingredients used include natural scented woods like sandalwood, agarwood or camphor, herbs of angelica root or ageratum and other aromatics like musk or ambergris.

In traditional incense manufacture, the fragrant powder of herbs, spices and woods is mixed with rice powder and water to form a soft dough. This is rolled out into a very fine stick and air dried. 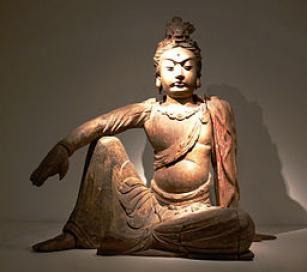 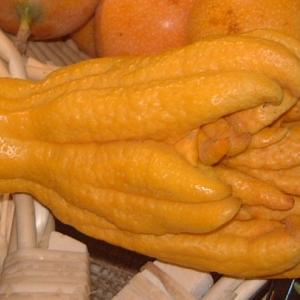 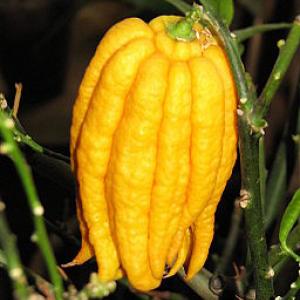 Displays of fragrant flowers or fruit are popular in scenting a room or space.

Buddha's Hand (fingered citron) is a citrus fruit with a thick peel that is juiceless and sometimes seedless, its fruit segmented into finger-like portions.The fruit is highly fragrant and considered a symbol of good fortune, health and longevity in China and Japan. It is placed as an aromatic offering on temple altars or used to perfume clothing or rooms. Once the fruit ripens it perfumes the air with its rich scent, its aroma surprisingly floral like rather than citrus, often lasting for several weeks.

Other ways of fragrancing a space include the use of displayed woodcrafts fashioned from agarwood or sandalwood or ornamental scent sachets or sandalwood fans.

The mystical practice of Feng Shui (Wind and Water) has its genesis in Buddhism and lays down guidelines for building or land sites or placement of furniture or objects in a space to create balance and harmony. It is thought that this allows "chi" or energy/life force to flow at its peak which then brings more success, happiness and prosperity to the inhabitants' lives.

Burning incense, likened to the dragon's breath, is said to purify and change "chi" energy. Scents can also be under the influence of the 5 elements: metal, fire, earth, water and wood or Yin/Yang energetics and are used to bring balance according to Feng Shui principles. 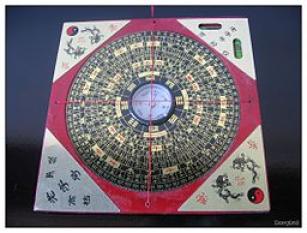 Scents in the garden 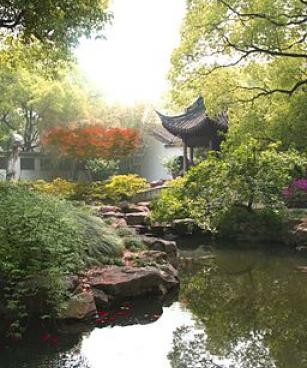 The selection and placement of plants in Chinese gardens adopt Feng Shui principles and are chosen on the basis of their symbolic connection to nature and the seasons, a measure of time governed by natural rhythms.

In ancient times it was believed that a person who placed nature above worldly "dust" was someone of the highest spiritual enlightenment.

A plant's colour, form, texture or aroma communicated either a spiritual, aesthetic or metaphysical symbolism. Each season was thought to have its own message and meaning to aide in the attainment of gnosis.

The four auspicious flowers of Chinese culture are the peony, lotus, chrysanthemum and plum blossom, which represent the four seasons. Fresh flowers are said to be Feng Shui energisers for love and are beneficial for the daughters of the house. 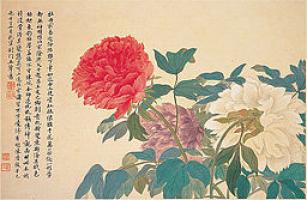 The flowers of the osmanthus tree are used extensively in China for both their scent and flavour and could well be described as the scent of pure happiness. The golden-orange flowers are used to extract the very expensive osmanthus absolute. Its scent can be described as floral and fruity, rich and honey-like with nuances of plum, raisin and apricot. Warren and Warrenburg's 1993 Mood Profiling Concept study found the scent of osmanthus increased stimulation and feelings of happiness whilst decreasing irritation and stress. 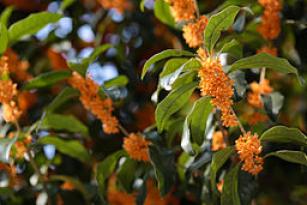 Scents for the Lunar New Year

The Lunar New Year is an important occasion in Chinese cultural life that is celebrated over the course of two weeks.

Citrus scents feature prominently in the celebrations. Citrus fruits like oranges, mandarins or tangerines are traditional symbols of abundance and good fortune. Mandarins often accompany the red envelopes of money that are given to the younger generation as New Year's gifts.

The Chinese words for orange or tangerine sound like luck or wealth and their colour suggests gold or money; hence their ubiquitous presence as potted trees in doorways or entrances or as gifts, table displays or temple offerings. 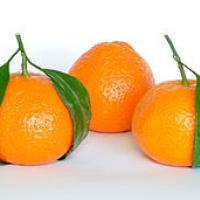 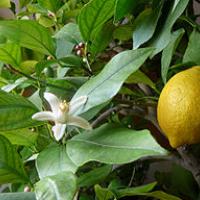 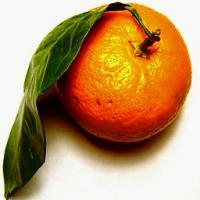 Just as fresh fruits are symbolic of luck and beginnings, flowers hold a similar suggestion. Flowers have seeds which can germinate new flowers. Flowers that bloom during New Years presage good fortune and are a popular gift or decoration. Narcissus and kumquat flowers are for prosperity, plum blossoms for luck.

Burning incense is another important ritual of New Year. Incense is burnt to honour ancestors and features in a ritual exalting the Jade Emperor. 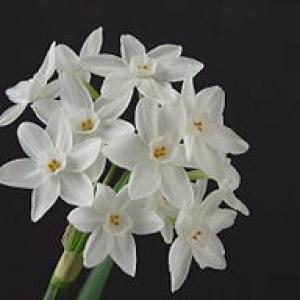 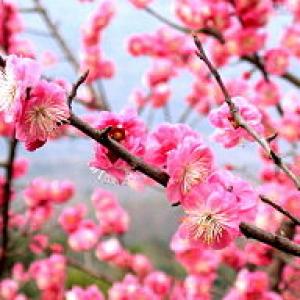 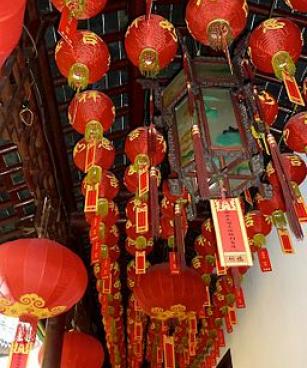 To celebrate the spirit of Lunar New Year, I have called this blend "Prosperity Flow", which you can diffuse in your oil burner or vaporiser.

2015 is a Wooden Sheep year. It possesses Yin (female principle) energy and corresponds to the colour green (wood element). Sheep are said to appreciate beauty and art in their environment.

In the 5 elements theory, bergamot and orange are wood elements. Orange is a symbol of the sun, good luck and prosperity. In Taoist Feng Shui, geranium is also considered to be wood. Wood element is consonant with Spring or morning and concerned with awakening, growth or flow. Yin energy is generally calming and cooling.

I have chosen essential oils with marked green notes e.g. violet leaf, geranium or nuances e.g. bergamot, neroli for their freshness and coolness and to suggest the smell of Spring. The female principle of yin is reflected in the floralcy of neroli, geranium and bitter orange. 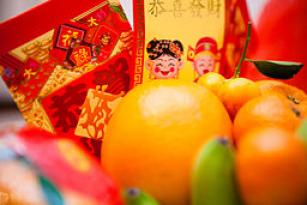 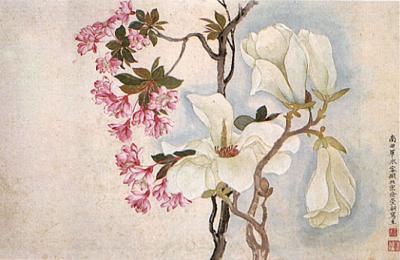