The captivating neroli essential oil is extracted from fragrant citrus blossoms of the bitter orange tree. 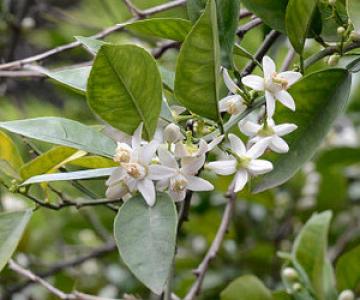 The bitter orange tree (Citrus aurantium subspecies amara), also known as bigarade, sour or Seville orange, is believed to be a native of Northern India from where it then spread to nearby countries like China and Persia. It was the first variety of orange introduced to Europe, well before the sweet orange was brought by the Portuguese. Traders introduced it to the Middle East and then to Europe, becoming established in the Mediterranean region, particularly in Spain. The Moors brought the tree to Seville, the centre of Moorish culture in Southern Spain in the 9th century CE. To this day Seville is famous for its abundant bitter orange trees that grow on the streets of the city and perfume the air during Springtime with the unforgettable fragrance of their blossoms. The Spaniards then introduced the sour orange tree to the Americas after the explorations of Christopher Columbus. 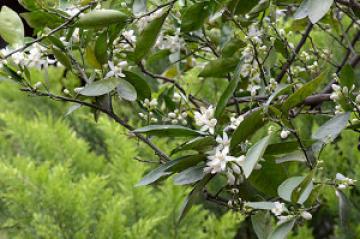 The bitter orange bigaradier is an evergreen tree with dense, shiny foliage and fleshy, white perfumed flowers. The fruit is small and coloured a medium to dark green which becomes more yellow as it ripens, especially in temperate climates. 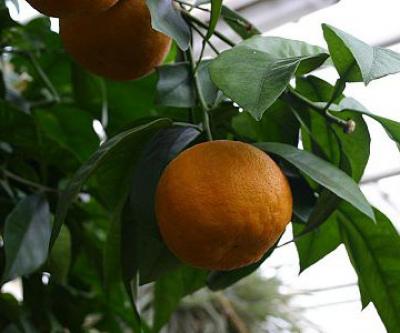 Bitter orange has a long history of use in culinary applications. The bitter peel is used in the manufacture of the tart tasting Seville orange marmelade. Unripe fruits flavour Grand Marnier and curacao liqueurs. Orange blossom water adds a delicate fragrance to pastries, desserts and cakes such as madeleines and in Middle Eastern sweets. Neroli oil is rumoured to be one of the secret ingredients of Coca-Cola. 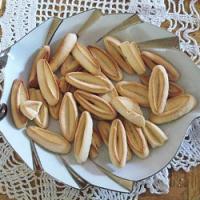 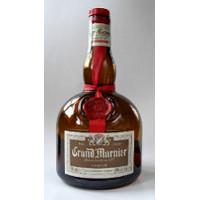 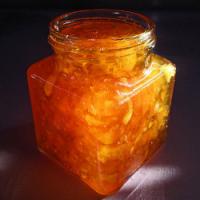 Neroli's name is said to originate from the 17th century Italian princess of Neroli, Marie-Anne de la Tremoille, who was an avid user of neroli as a perfume and as a scent for her kid gloves and clothing. 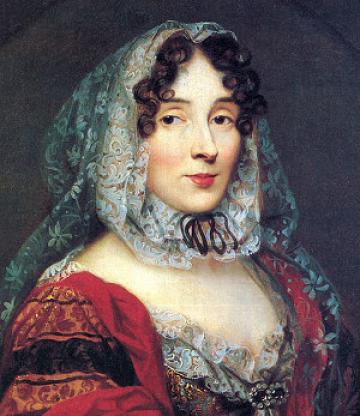 The exquisite, sensual fragrance of orange blossom has been savoured and treasured for centuries in perfumery, neroli being one of the key ingredients of the classic Eau de Cologne. 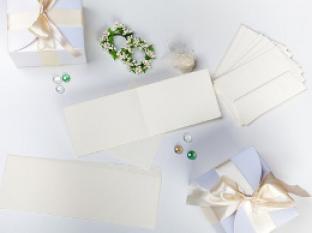 The use of these white flowers in wedding traditions dates back to Ancient China, evolving into a symbol of purity, fertility and everlasting love. Queen Victoria of England was wreathed in orange blossom for her wedding, setting a fashion trend for Victorian brides. This was quite a shock to the sensibilities of some commentators due to orange blossom's symbolic link with fertility. As England has a cool climate fresh orange blossom is difficult to find, so elaborate wax replicas fashioned into tiaras became popular, even being worn by brides up to the 1950's. Sprigs were used in headpieces for brides, shaped into tiaras to adorn the hair or carried in bouquets. The link between orange blossom and weddings became so firmly entrenched that to say "to gather orange blossom" meant to "seek a wife". 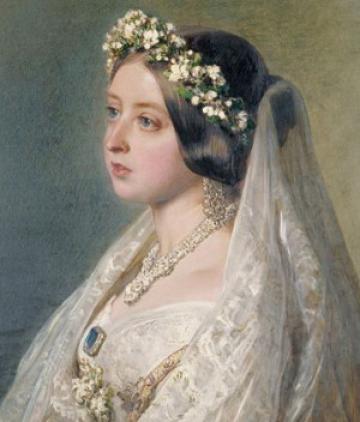 The fruits and flowers of bitter orange form part of Traditional Chinese Medicine (TCM) practice as remedies for anxiety, digestive and cardiac symptoms. Calming and uplifting, neroli bigarade essential oil is used in aromatherapy for nervous system, dermatological and musculoskeletal applications. Orange flower hydrosol mixed with honey in steamed milk is a traditional sleep aid in the South of France for children. The hydrosol is also helpful for reviving and soothing the skin. 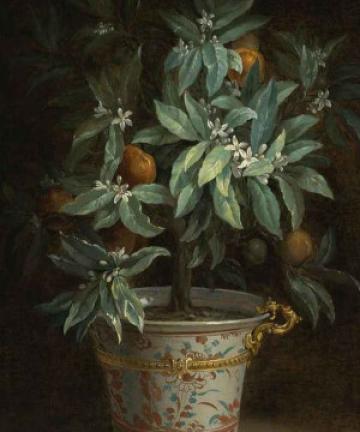 The bigarade orange tree yields a spectrum of botanical aromatics. Bitter orange oil comes from the cold pressed fruit peel; petitgrain oil is distilled from the leaves and twigs. The flower gives orange blossom absolute that is extracted with volatile solvents and last but not least, neroli bigarade essential oil which is hydrodistilled. This neroli oil is not to be confused with an oil called neroli Portugal from the sweet orange or neroli citronier from lemon flowers. 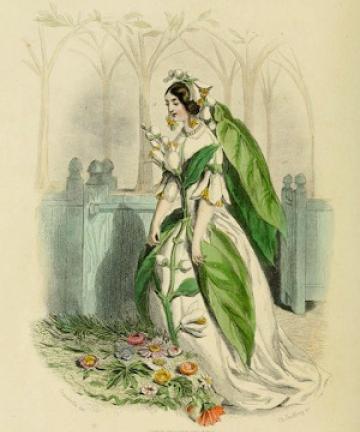 Essential oil production is concentrated today around Nabeul in the Cap Bon region of Tunisia, Morocco then Egypt. The oil is also produced on a smaller scale in Italy, Spain and Southern France. Essential oils from each region have a singular character and identifiable aromatic characteristics. The finest quality oil is thought to be the one distilled from Bouquetier cultivars of the sour orange tree. 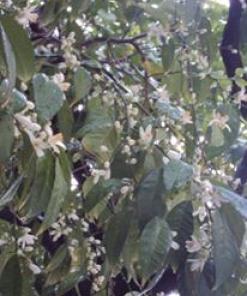 Harvesting of orange blossoms occurs during the Northern Spring, between April and May. The flowers are manually harvested at day break on warm sunny days when they have just opened, to ensure a top quality oil is produced. If unopened or wilted flowers are collected, the subsequent oil will have a grassy odour or if small leaves and stalks are inadvertently mixed in with the flowers, the resulting oil can have "off-notes". 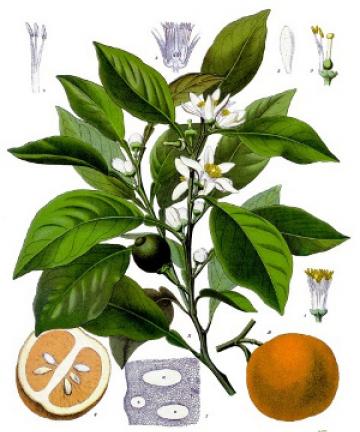 The flowers are then processed straight away to preserve their freshness. Neroli essential oil hydrodistillation results in a low yield. One thousand kilos of these flowers are needed to yield eight hundred grams of this precious aromatic. Due to its high cost, the oil is subject to adulteration with the more bitter smelling and cheaper petitgrain oils. This same distillation also results in a valuable by-product, orange flower water, which is utilised in flavouring and skincare. This can also be further extracted to form an orange flower water absolute.

Fresh neroli essential oil is clear to pale yellow, becoming darker with age. Its aroma is diffusive but light, an orange-floral scent with refreshing green and spice notes. Neroli opens with a citrus-floral and slightly bitter top note extending into a floral and green body with a lighter dryout. Smelling neroli's beautifully diffusive aroma is to truly know the relaxing and joyful pleasure of being present. 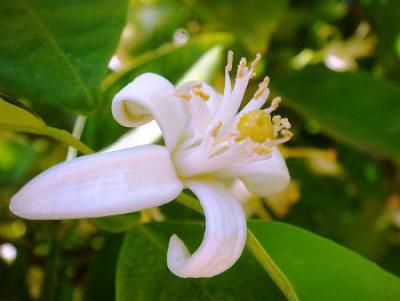 Neroli has become a staple raw material of perfumery, applied as a cool and elegant top note in fragrances and eau de colognes. The main volatile aromatic constituents of neroli essential oil are linalool and linayl acetate which are also found in lavender, which impart fresh, floral, herbal and fruity elements and also limonene and beta pinene. Smaller quantities of constituents such as alpha terpineol, nerolidol, geraniol, farnesol, indole and methyl anthranilate (also found in mandarin essential oil) give distinction to its aromatic profile. 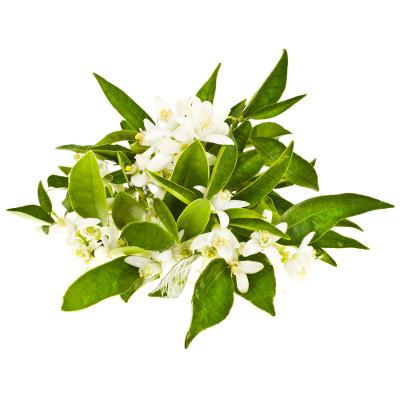 In comparison, orange blossom absolute is a richer, more intense indolic or animalic floral than neroli, sharing similarities with jasmine but fresher. This is utilised as a middle note and fixative in colognes, chypre, oriental and floral type perfumes.

Scentcillo Starlet and Greek Island vaporiser blends include enchanting and soothing neroli essential oil. You can diffuse them in your oil burner or vaporiser to either bring the fresh and renewing essence of Spring to your space or escape the daily grind with an aromatic trip to the Greek Isles. 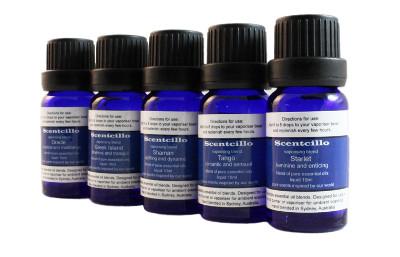 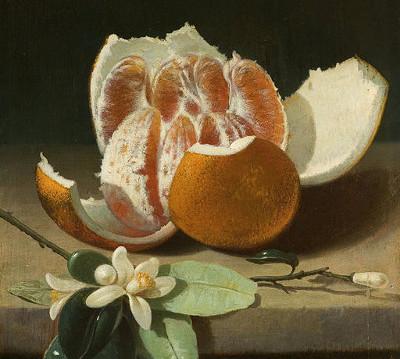