High up in the Atlas mountains spreading across Morocco, Algeria and Tunisia, forests of cedarwood Atlas trees grow yielding an essential oil from their highly aromatic hardwood. 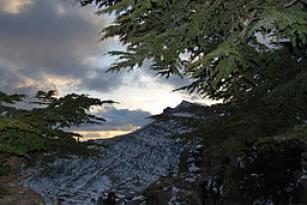 The tall, evergreen conifer, a true cedar, is a native of the Atlas mountain ranges of North Africa, growing between 1000 to 2000 metres above sea level. The trees can grow to between 40 to 50 metres in height with a sturdy trunk of up to 2 metres in diameter.

The leaves are needle-like in appearance, coloured green to silvery blue. Towards the end of Summer brown male and female cones appear. In their natural habitat the male cones pollinate the females, which then entirely cleave to release their seeds for germination. 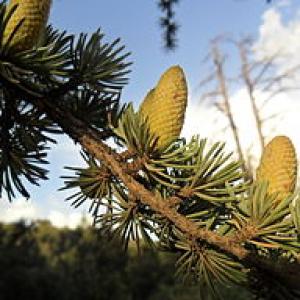 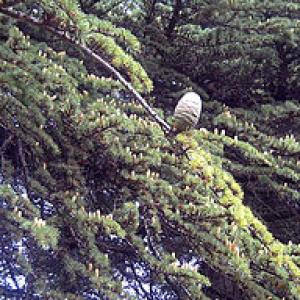 Cedarwood Atlas is a close botanical relative of Cedrus libani, the biblical Cedar of Lebanon. There is some disagreement as to whether it is a subspecies of the Lebanon cedar or an actual species of its own.

Cedrus libani can be differentiated by its smooth scaled cones and dark green leaves. These ancient cedars once spread as a vast forest on the slopes of Mount Lebanon - today less than 400 trees remain. 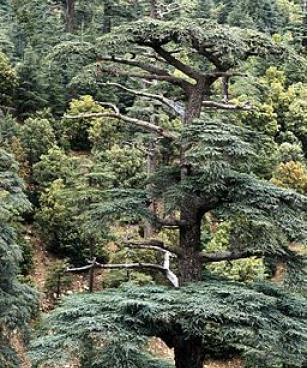 C. libani was perhaps one of the first sources of an extracted aromatic essential oil.

The trees were used in the ancient world in the construction of temples and palaces and for ship building. King Solomon's temple was said to have been built entirely with cedarwood.

In Ancient Egypt cedar was employed in embalming, medicine and perfumery and steeped into papyrus to repel insects. Pulverised wood was mixed with herbs and resins for incense manufacture.

As a result of its high oil content, the wood was valued for its resistance to decay and its repelling action against insects and moths. In Ancient Greece and Rome the oil and wood is mentioned in its preservation of books and documents.

The majestic cedar, derived from the Arabic word "kedron" or power, became an emblem of spiritual strength, stability and abundance. 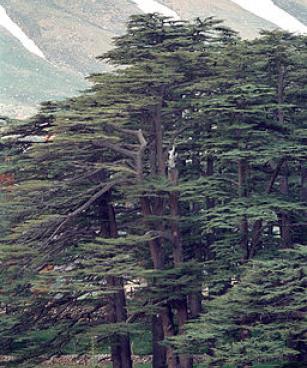 In aromatherapy, cedarwood Atlas has applications in respiratory, urinary, circulatory and dermatological conditions.

Its resonating aroma is suggested as an aide to grounding and calming the mind. It is also helpful in intensifying concentration and focus during meditation. 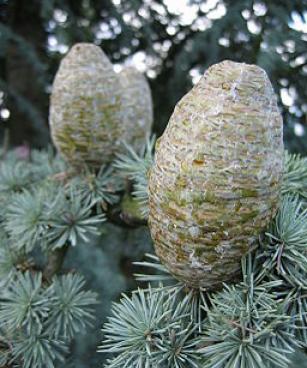 The cedarwood Atlas essential oil industry centres around the towns of Meknes and Azrou in Northern Morocco, near the Middle to High Atlas mountain ranges.

The essential oil is steam distilled from the large volume of woodchips and sawdust that is left over from wood used in making furniture and traditional fine grain handicrafts.

The trees take around 20 years to reach maturity before they are logged and processed. The various stages of cultivation are managed by the Moroccan government and maintained by the local population to ensure its sustainability. 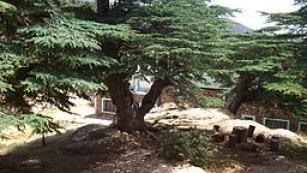 Wood collection is carried out throughout the year, excluding the Winter months. Woodchip waste is bought directly from the furniture and artwork industries from March to November which is stored for subsequent essential oil distillation. Woodchips are not traded during the bitterly cold Winter months to ensure adequate stock for heating for local forest residents.

Approximately 40kg of wood material is processed to yield 1kg of essential oil. 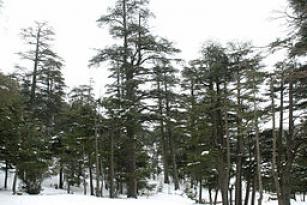 It is a very frequently used and versatile base note, grounding and balancing a fragrance just like the mythological character Atlas "who knows the depths of the whole sea, and has under his care the pillars which hold heaven and earth asunder" (Homer). 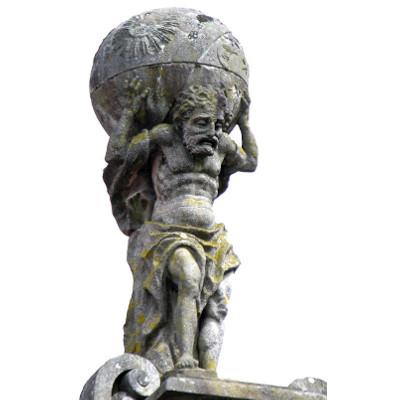 In an aromatic composition it rounds out the intensity of spice and incense notes, combines favourably with citrus oils and acts as an anchor to floral oils such as rose, neroli or jasmine. The virile aspect of its scent makes this oil a popular choice in many masculine fragrances.

The chemical constituents of cedarwood Atlas include around 70% of sesquiterpenes, particularly himalchenes and atlantone isomers including d-alpha-atlantone that contributes significantly to its sweet and woody aroma. 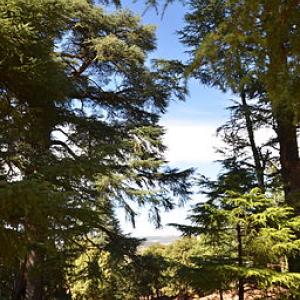 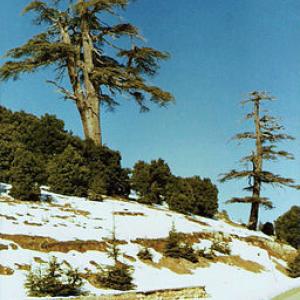 Cedarwood Atlas is a close relative of the Himalayan cedarwood, Cedrus deodora, which has a similar scent but greener and more pine like.

The scent of Atlas cedar is not to be confused with Red or Virginian cedarwood, which is actually a species of juniper (Juniperus virginiana).

This oil acts more like a top note in a blend, though has some fixative properties and possesses an earthy wood type of aroma with nuances of wood pencils. 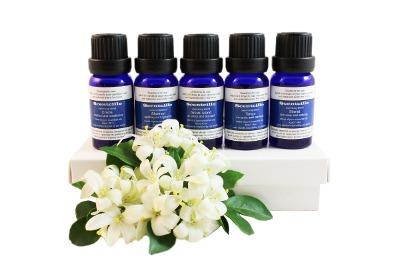 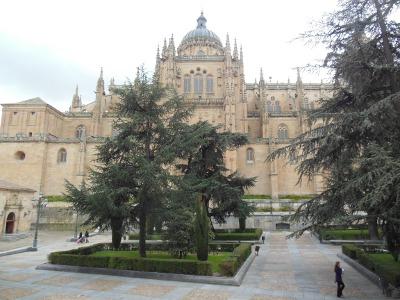