Well, she looks at you so coolly

And her eyes shine like the moon in the sea

She comes in incense and patchouli

So you take her, to find what's waiting inside

The Year of the Cat.

If there's a scent memory that is so firmly entrenched in our modern collective cultural memory of the Age of Aquarius then it would have to be those breezes of patchouli , as 60's folk musician Donovan once sang. The fragrance of patchouli has become an olfactory icon of the hippie subculture, firmly synonymous with the flower power movement.

Patchouli (Pogostemon cablin ), a mint relative, hails from the tropical climates of Asia, the bushy herb with furry leaves native to India and Malaysia. The common name of patchouli derives from the Tamil words for green leaf. In the 60s and 70s there was an increased interest in Eastern cultures and philosophies and travel to the subcontinent and beyond introduced the West to the singular aroma of patchouli- a lingering, herbaceous, rich, earthy scent, with the added benefit of masking the peccadilloes of those times.

The scent of patchouli

The smell of patchouli like other earthy types of oils such as vetiver, definitely has a polarising effect with people standing firm in the two camps of either liking or loathing its scent. It reminds me of the film High Fidelity where John Cusack's character Rob, a record shop owner says in one scene 'Get your patchouli stink outta here!'

Patchouli essential oil , like sandalwood improves with age. As it matures the oil becomes darker and more viscous, taking on a deeper,richer, more refined fragrance with those chocolate and wood aspects being more apparent. Quality plays a big part in the perception of its scent- the younger or poorer quality oils have a crude and sharp facet which no doubt contributes to the maligning of this essential oil. The oil is often used as a fixative or base note in perfumery or essential oil blends, binding to other compounds to slow down evaporation and extend a fragrance.It works well with other rich essential oils such as frankincense or sandalwood, floral and citrus oils.

Indonesia and India are large producers of patchouli oil. The essential oil is extracted from dried and cured leaves by steam distillation. It is graded according to colour from pure light (lightest), an amber coloured liquid to extra dark (darkest), a deep brown oil- the darker the oil, the higher the iron content.. Light coloured oils are purified and filtered to remove iron and suspended particulate.

Patchouli is a traditional ingredient of incense in Asia and India, like sandalwood and frankincense, used to aid spirituality and meditative awareness and believed to ward off evil spirits. According to Ayuverdic principles patchouli belongs to the 5th class (Air) of ingredients used in incense making.

The dried leaves are known as an insect repellent for stored textiles, rugs and food pantries. During the 18th and 19th centuries the travelling silk traders of China would pack their precious cloths with dried patchouli leaves to prevent moth eggs being laid and wealthy buyers would protect their cashmere shawls in Victorian times by placing the leaves amongst the folds of fabric. It's interesting to note the cultural associations of patchouli that Europeans had at that time, its scent was considered luxurious and opulent, an exotic aroma of expensive goods from the East, such a difference to more modern olfactory memories.

From an aromatherapy perspective, patchouli essential oil is well known for its relaxing properties and effects on mood, recognised as a sensual oil and reputed aphrodisiac as well as an antiseptic, anti-fungal and deodoriser. Patchouli is believed to help in attracting abundance and prosperity, helping to ground and integrate energy and keep the focus on our physical self. In skincare the essential oil is useful for smoothing rough,cracked skin and benefits dry, mature or ageing skin.

In India and China patchouli has a long history of use for treatment of digestive problems. A study of the Pogostemon cablin plant has showed patchouli alcohols are the active constituents effective in reducing nausea and vomiting. 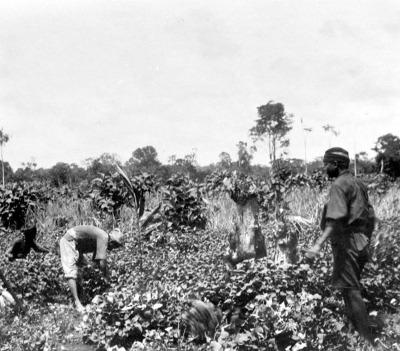 For a little bit of Age of love nostalgia, here are some song links:

Patchouli essential oil is an ingredient of Scentcillo Oracle blend.